You are here: Home » Mexican Drinks

This week Tequila Don Julio hosted a delightful dinner party at the new Malmasion Restaurant, right at the waterfront in the Georgetown area of Washington, DC. We enjoyed an outstanding dinner presented by Chef Malcolm Mitchel, who incorporated Tequila Don Julio as an ingredient in the 3-course meal, while the Mixologist Andy Saymour prepared some spectacular drinks using Tequila DON JULIO as the main ingredient.

Tequila is famously made in the Mexican town of Tequila, in the State of Jalisco. The only alcoholic beverages that can be named “Tequila” are the ones made out of the Blue Agave (or, “Agave Azul”) grown in the states of Jalisco, Michoacán, Nayarit, Guanajuato, and Tamaulipas.

Tequila’s popularity is rapidly growing among connoisseurs from all over the world and is becoming a favorite mixer drink in parties and social events in the United States.

As a conservative cook, sometimes I always go for the traditional foods and drinks. And with drinks using Tequila, I usually settle for a “Margarita” or “Tequila Sunrise”, but after tasting these delicious cocktails, I’m changing my mind.
Created by Mixologist Andy Seymour 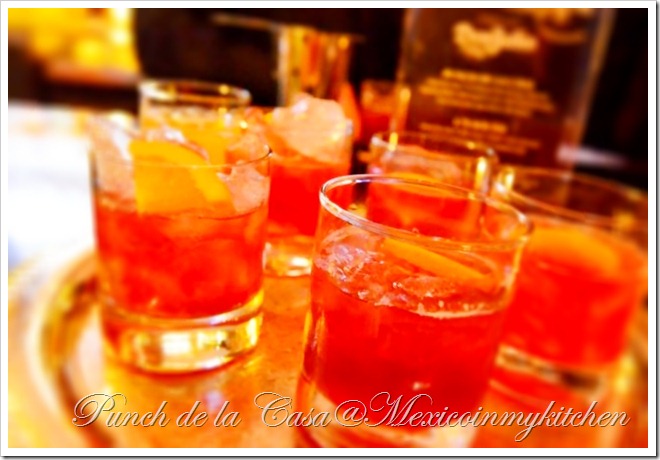 Do you know that the Distilled Spirits Council of The United States (DISCUS) has declared that the following Wednesday after Thanksgiving is the “National Tequila Day” in the USA? and that 80% of the Export Production of Tequila is consumed in USA and the 20% left is for the rest of the world. So America likes some Tequila!

Share on your social networks; it only takes 5 seconds. Thanks! 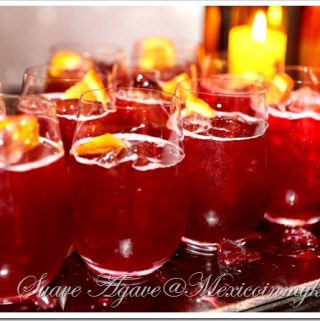 Mely Martínez
Tequila is famously made in the Mexican town of Tequila, in the State of Jalisco. The only alcoholic beverages that can be named “Tequila” are the ones made out of the Blue Agave. Cocktail Recipes Using Tequila, Suave Agave, Punch de la Casa...
5 from 1 vote
Print Recipe Pin Recipe Add to Collection Go to Collections
Prep Time 5 mins
Cook Time 0 mins
0 mins
Total Time 5 mins
Course Drinks
Cuisine Mexican
Servings 1 serving of the Suave Agave Cocktail
Calories 201 kcal