Here is an 'easy to make' Mexican flan recipe! It is made using whole eggs along with condensed and evaporated milk and covered with a simple light sugar syrup. It can also be made using cream cheese or coconut milk for a different taste and texture.

Who doesn’t like to have a creamy dessert after dinner? And what about one that is easy to make ahead of time and your family will love?

If you do, this flan recipe is an easy dessert to prepare, as easy as opening some cans and cracking some eggs! I love to prepare this dessert to serve after a delicious family meal like these seasoned pork chops with Mexican rice and charro beans.

This is not the old traditional way of making a Mexican Flan, which is prepared as a custard where milk, vanilla, and sugar are slowly simmered. But, this is how we make it nowadays, and this flan recipe has been well-known in México for using canned milk for years.

Before I share my Mexican flan recipe, here are a few questions I've been asked about homemade flan.

Flan, also known as Flan Napolitano, is a popular dessert in several countries in Latin America (like Puerto Rico and Venezuela) and the Caribbean.

It is typically made out of eggs, sweetened condensed milk, cream, or whole milk.

Is it easy to make flan at home?

It can be! This past time when we had flan, it was my teenage son’s first time making this dessert. He had been asking me how to make it for a couple of days at that point- since I first told him how easy it was to make it.

Let me tell you- He was so proud of himself! He couldn’t believe how quickly the flan was already in the oven a few minutes later.

Can I make different flavors of flan?

Yes, you can. I usually stick with the traditional Mexican flan recipe but I have also seen many different styles as well.

I've seen flan recipes that highlighted different flavors such as:

I've even seen one with chocolate!

What if I don't have an oven to make the flan?

For those of you that do not have an oven, you can make this flan by cooking it inside a large pot at medium heat in a water bath.

You can also cook it using your Instant Pot by placing it on top of the insert rack and cook for 15 minutes.

Here is a list of ingredients you will need:

How To Make Flan: Step By Step Tutorial

To make things easier for you, I am going to breakdown the directions to this recipe into sections.

Mix The Rest Of The Ingredients 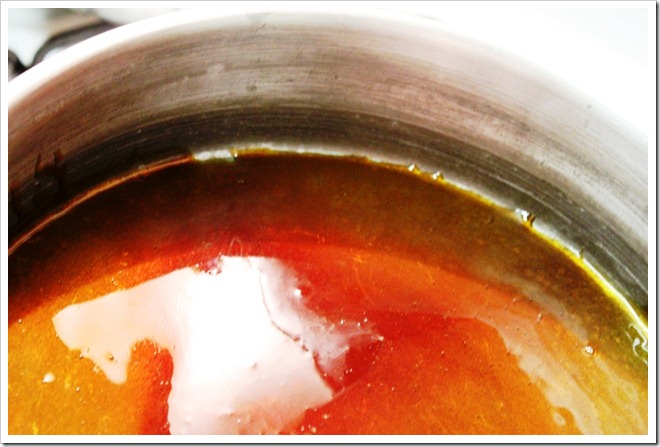 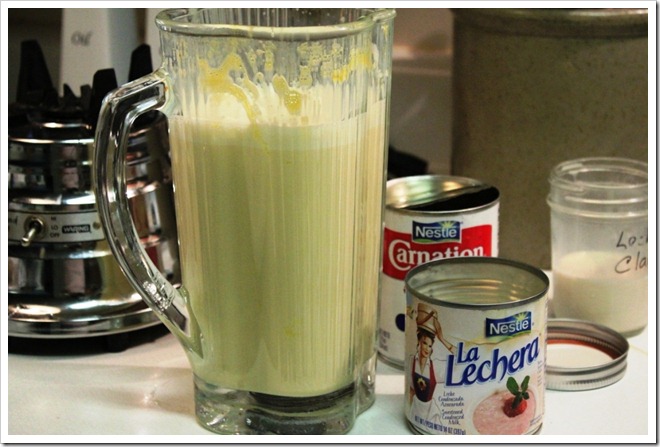 How To Make A Water Bath For Flan Recipe

Remove The Cooked Flan From Pan

What To Serve With Mexican Flan

When I serve this dessert flan recipe, I like to make some cafe de olla to go with it. The coffee pairs really well with the flan. You can also serve it with some sliced strawberries or a scoop of dulce de leche.

If you enjoyed this recipe for Mexican flan, take a look at some of these other authentic Mexican recipes:

I hope you make this recipe for Mexican flan! If this recipe was of any help to you, come back to let me know your experience. Please leave us a comment done below and tell us all about it! 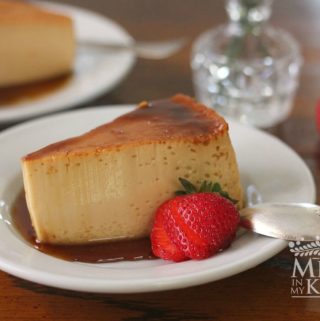 * Sweetened condensed milk according to the can is measured by weight at 14 OZ/397grams, about 300 ml., this will be about 1 ¼ cup. ** The Evaporated milk has 12 fluid ounces that equal 1 ½ cups. (354ml) *** I do not always have the cream cheese at home and prepare the recipe just omitting the cheese. The flan still come out delicious.