This Red Pozole recipe (Posole) has had great success with many of the people that had tried, I hope you enjoy it as well.

Mexico's Bicentennial Celebration will take place at midnight on September 15, 2010. Contrary to what most people “know” about this historical event, this date is not the actual anniversary of the Mexican Independence from Spain, (which did not happen officially until 1821), but the celebration of the beginning of the rebellion against the corrupt, cruel and decadent Spanish colonial system.

That September 16, 1810, at dawn, the insurrection that was initiated by the leader of the so-called group "Queretaro’s conspirators", the priest Miguel Hidalgo y Costilla, was what inspired the people of Dolores Hidalgo (currently in the state of Guanajuato, Mexico) to rebel. That night, Hidalgo delivered his famous "Grito de Dolores”.

And the war for the Independence of Mexico started…Our entire country will celebrate with festivities for several weeks, including various events such as parades, fireworks, folk festivals, art exhibitions, historical tours and displays, musical concerts and gastronomic shows. The mega event was baptized by Mexicans as "El Grito del Bicentenario".

Red Pozole Garnish can include Shredded Lettuce or Cabbage according to the region.

Anyway, I know you didn’t stop here looking to know about our Mexican history and heritage, but to find out how to make the famous and delicious soup/stew called Pozole, which is just what I had in mind to celebrate the Bicentenario.

If you have tried Pozole before, you know it is a tasty, filling, and above all, a nutritious soup. We usually eat this soup for dinner, and it’s a classic dish in Mexican Fiestas during the cold nights of winter. It is a favorite dish that must show off at the Noche Mexicana Fiesta this Independence Day. Nothing more Mexican than a Pozole!The original Red Pozole or red posole is made using dried Hominy and the pig’s head and neck bones. Dried hominy (hulled and dried kernels of corn) adds an incomparable corn flavor to this soup, but canned hominy is commonly used as a substitute.

We are using canned hominy in this recipe since it is available at the supermarkets here in the States and buying dried Hominy and pig’s head meat is hard to find. This recipe is for a red pozole, even though in Mexico we also have white (without the red sauce) and green pozole adding Salsa Verde. And yes, you can use chicken instead of pork for the soup if you prefer.

Note: Pozole can be refrigerated for up to 5 days; it tastes even better, and it also freezes well.

How to Make Red Pozole 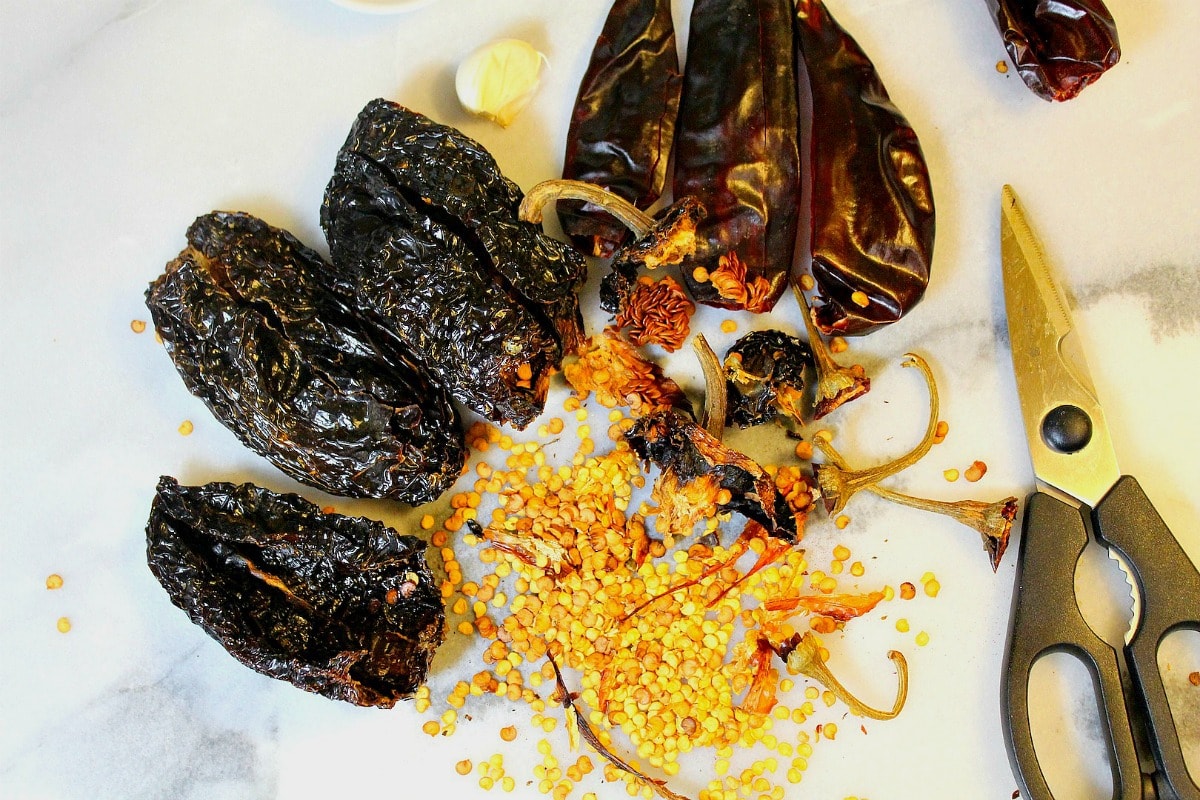 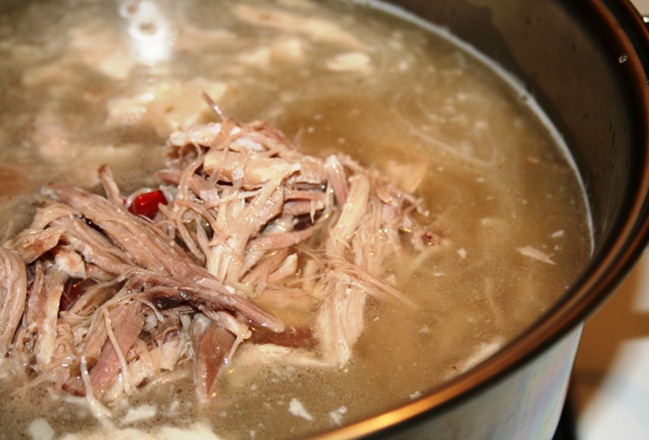 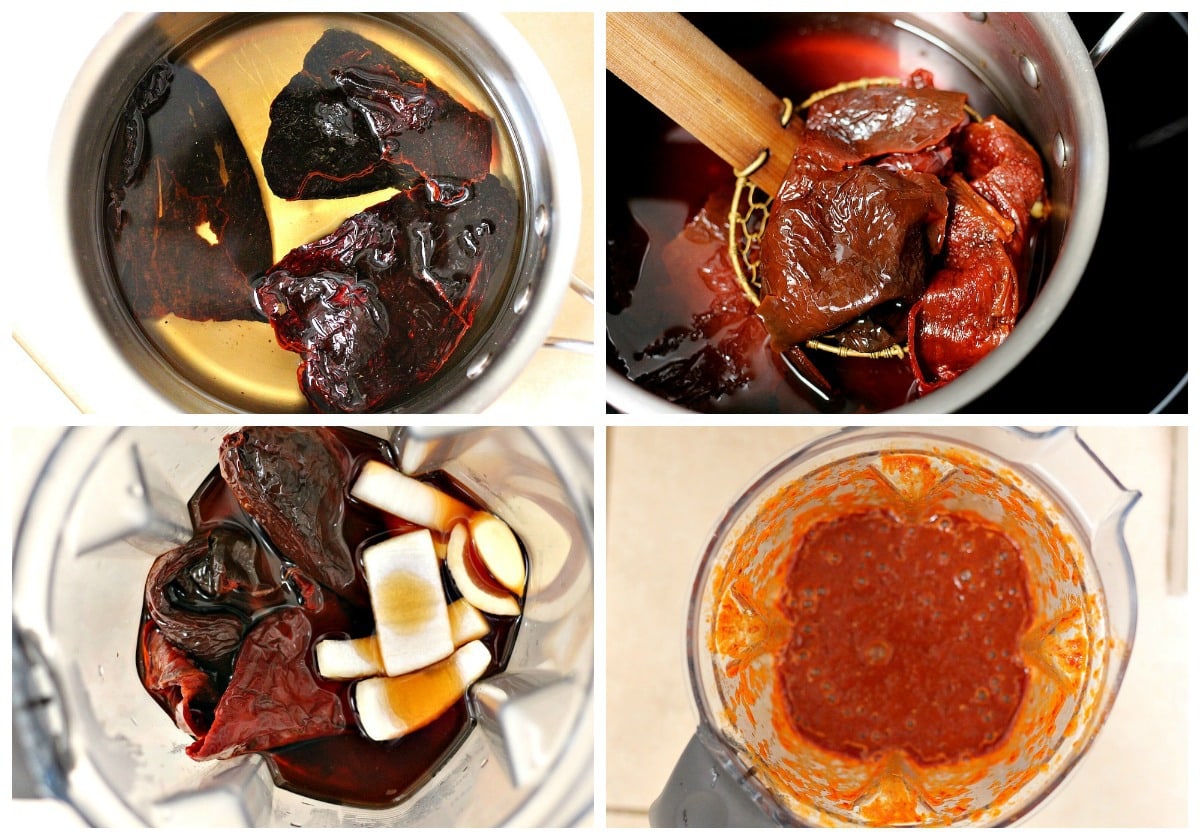 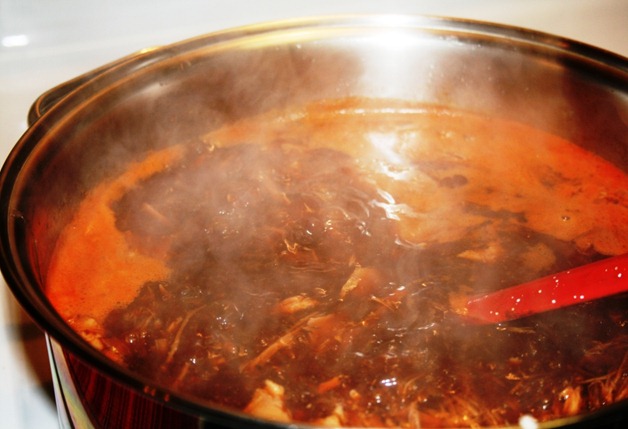 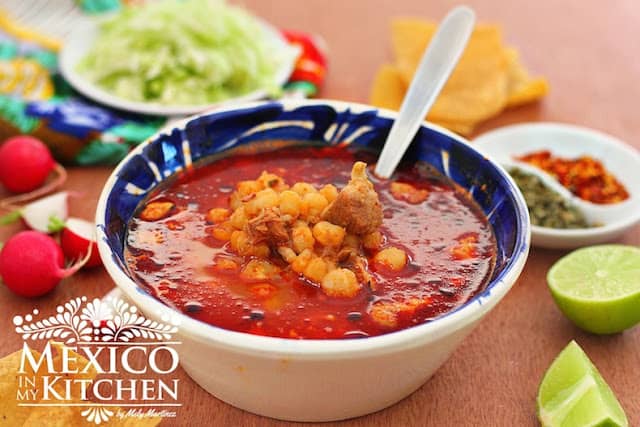 If you are on Pinterest, check our boards with hundreds of delicious ideas I'm pinning for you! Or if you are on Instagram, check out the meals pictures or stories ideas.If you are looking for the recipe for Pozole Verde press HERE.Share on your social networks; it only takes 5 seconds. Thanks! EN ESPAÑOL.

Mely Martínez
Nothing more Mexican than a Pozole! This recipe is for a red pozole, even though in Mexico we also have white (without the red sauce) and green pozole adding Salsa Verde. And yes, you can use chicken instead of pork for the soup if you prefer.
4.92 from 205 votes
Print Recipe Pin Recipe
Prep Time 15 mins
Cook Time 50 mins
Total Time 1 hr 5 mins
Course Soups
Cuisine Mexican
Servings 8 Servings
Calories 275 kcal

For the red sauce: