The advance of industrialization changed the way our great, great, grandmothers used to cook. The electricity also made that the long hours spent in the kitchen were reduced drastically thanks to the invention of new kitchen appliances. 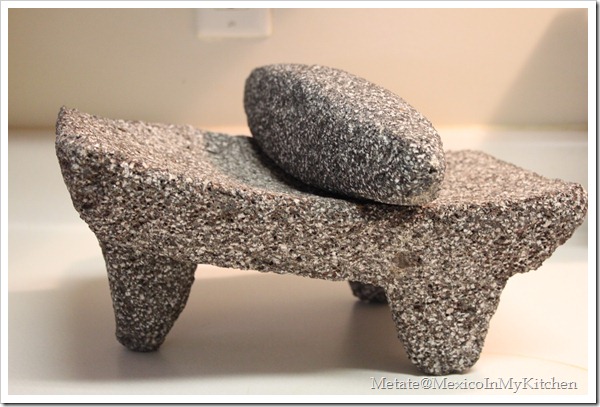 The food industry created new food buying habits, and all those changes made some traditional cooking items end up as ornaments or in museums. Here are some of those Mexican Cooking Utensils that few people will ever think of buying and that others will display them as antiques. As for me, these items still have a use in my kitchen.

The Metate ( Náhuatl: Metlatl) is a rectangular shaped stone with three legs used to finely grind the nixtamalized corn to make tortillas or atole. It is also used to grind seeds or dry peppers and spices. It has an inclination to one end. Like the more popular Molcajete, it is made out of black or dark gray porous basalt volcanic stone. 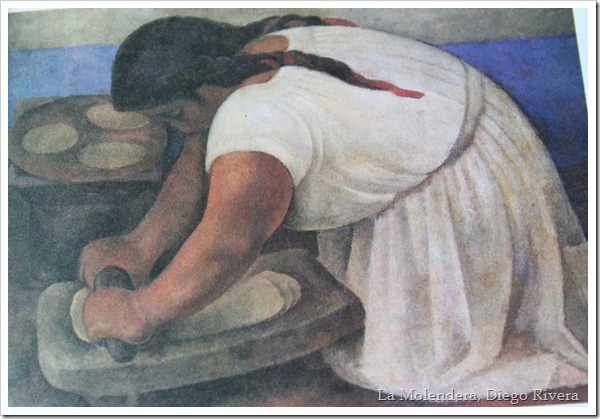 When the Metate is used the woman will face the higher end of the stone, and she will be kneeling on the floor. At the other end of the metate, she will place a wooden or clay tray where the finished product was placed. The Metate is used with the Metate Stone or Hand Metate. The Náhuatl name is "Metlapil"; Metate’s son. This stone has tapered ends and is used to grind the grains against the Metate's surface. With the introduction of industrialization many years ago and many products ready to use in the markets, the Metate is hardly used even in rural areas. Funny thing is that even in the early 1940’s a Metate was considered as an excellent gift for a newlywed woman, now it will be a more sophisticated Kitchen Aid, I guess. 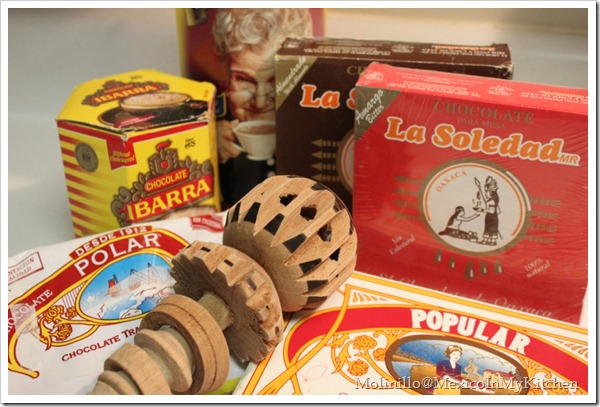 Molinillo de Chocolate or Chocolate Frother
In México we had so many varieties of drinking chocolate as you can see in this picture, but outside the country, the "Abuelita" and "Ibarra" brands are the ones commonly found. Drinking a cup of chocolate with a thick layer of foam is one of our pleasures. In Pre-Hispanic times it was a symbol of hospitality and wealth. Before the Spaniards arrived in America, the natives created the foam using 2 small gourd cups, pouring from the top of one another, repeating this process until the desired foam was formed. The Molinillo we used today was created around the 1700’s in Colonial times and is made up of a single piece of turned wood, the lower part has two rings around a striate and hollow sphere. The Molinillo is used by rubbing the palms of your hands together. The foam will form with the twisting motion of your hands.
Spaniards loved chocolate so much that later on, they started serving it in Spain as Hot Chocolate. 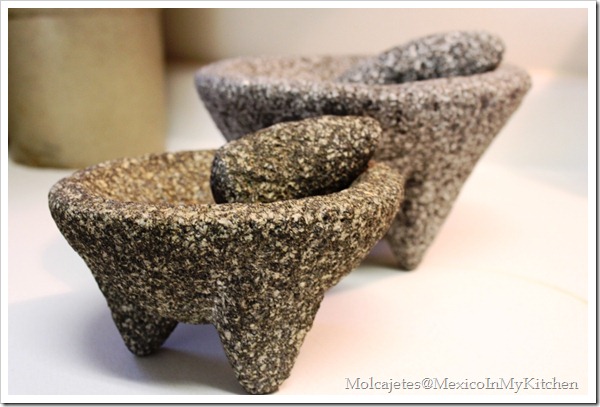 The Molcajete, a word that comes from Molcaxitl, which means bowl for salsa, from the Náhuatl mulli, like a mole, salsa and Caxitlán for bowl, is the mortar of México, dating back several thousand of years ago. El Molcajete is made from a volcanic stone carved in one piece, with a hand stone used for grinding, called temachín or tejolote from the Náhuatl words : tetl, and xolouia meaning stone that is used for crushing or grinding.
Isn't it amazing that we use a tool that was used since Pre Hispanic times? Because it is so handy in any Mexican home, having been invented 6000 years ago in Mesoamerica, the bowl with three legs has not changed much and for a Molcajete to get out of shape or get broken, well .... it will take many generations, in fact a Pre-Hispanic Molcajete and its pestle was found in tombs in Tehuacán Puebla, in perfect conditions. 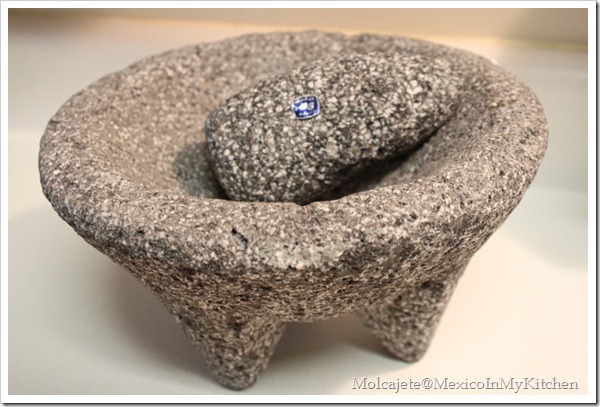 The Molcajete is used to grind spices, peppers, tomatoes, garlic, etc. to make sauces and condiments. It is said that a salsa or a guacamole made in a molcajete has a better flavor that one made in a blender. It is also used to serve the salsas and the famous guacamole. It is easily cleaned with a brush and water. 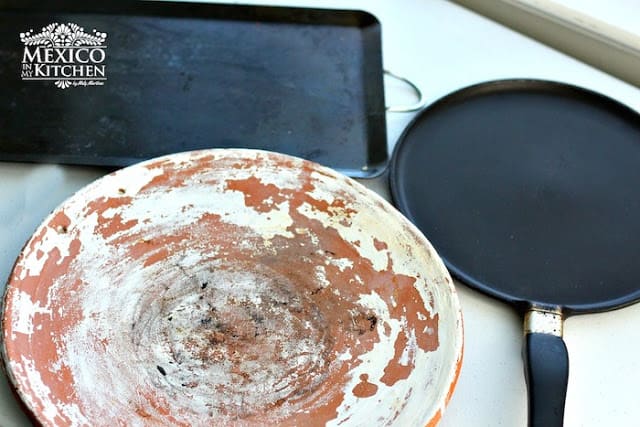 Comal from the Nahuatl word “comalli”. It’s a basic cooking utensil in the Mexican kitchens. Griddles
are not only used to cook or heat tortillas but also to toast seeds and roast peppers, almost every kitchen in Mexico has a comal. The Clay griddle is round shaped with an unglazed finish, it is very fragile and it needs to have a light coat of cal and water mix (Calcium Hydroxide). This type of griddle is used in rural areas in
Central Mexico and they were the standard griddles during the Pre-Hispanic time.

Nowadays, metal and non-stick griddles are popular on the market, some round others in an oval shape. This last one specially designed for the stoves that have a burner in the center to cook the tortillas. I have three griddles, the ones you see in the above picture; the clay one for thick tortillas, the long oval shaped for days when I have to make several tortillas and need a larger work surface, and finally the large nonstick round griddle for flour tortillas and crepes.